A sneak preview of "Jacob Two-Two on the High Seas" 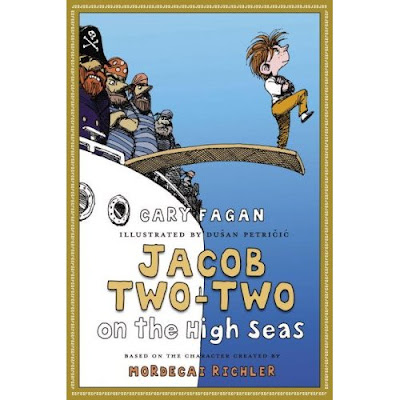 Some Some readers may have seen the feature article in The Globe & Mail this summer about Cary writing a new book in Mordecai Richler's much loved Jacob Two-Two series. Mordecai Richler, who died in 2001, had planned to write a fourth book. The Richler family wanted the series continued and so Cary was approached. He happily accepted. The new book is actually set between the first two in the series, as Jacob and his family move from England to Canada.

The book won't be out until September, but eager readers can advance-order it from indigo.ca and amazon.ca. Here's a look at the cover.
Posted by Cary at 11:45 AM No comments: